TO THE MATTRESSES AND BACK 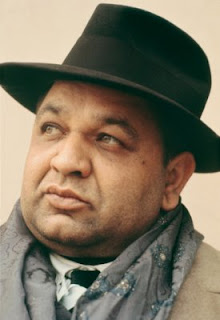 HE MADE 'EM AN OFFER


I never met a "Godfather" fan who wasn't disappointed when Richard Castellano was a screen no show in "The Godfather II." Wha happened? Castellano, cousin to real life Boss of Bosses, Paul Castellano, (see "The Meathead's Dead I/II" posting) made Paramount and Francis Ford Coppola an offer they hadda refuse. Castellano wanted complete autonomy over his script lines, something neither the studio nor the director would budge on. Also, he had dropped 50 lbs. in the two years since "TG" was shot, and Coppola wanted the actor to start piling the pasta back on his plate and pack on the weight he had shed to resume his role as Fat Clemenza. Chances are they were willing to pony up a hefty salary as Castellano had been the highest paid actor on "The Godfather!" In the end he still said no. So Castellano was out and Michael Gazzo was in as the new Corleone Family caporegime Frankie Pentangeli, at least in the movie, but the book sequel, The Godfather Returns tells a different story. 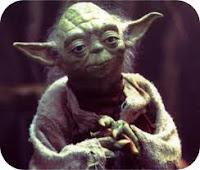 WISEGUY WISDOM
Clemenza was like the Yoda of the mob dishing out his wisdom on everything from how to make tomata sauce for 20 men fighting a mafia turf war
to how to woo your best girl:
"Hey, Mikey, why don't you tell that nice girl you love her? "I love you with all my heart. If I don't see you again soon, I'm a-gonna die."
to mafia bathroom etiquette:"Mike, you go to the restaurant, you eat, talk for a while, you relax. You make them relax. Then go take a leak. Better still, ask for permission to go. Then when you come back, you come out blasting."
TO THE MATTRESSES
Who knew about going to the mattresses before Fat Clemenza uttered those famous words? MICHAELANGELO (Buonarotti) -  Mikey B., a true renaissance guy who was put in charge of protecting the Florentine bell tower of
San Miniato al Monte during the 16th century Italian city states wars. He came up with the idea to hang mattresses on the outside of the tower to buffer the canon fire. The rich left the city (new?!)and rented out their digs to the military who slept on straw mattresses on the floor.

In The Return of the Godfather we learn how Clemenza suffers his fatal heart attack. My take - Clemenza had an eating disorder and shouldha been in a 12-step program for his food addiction. "Hi my name's Peter C. and I'm a compulsive overeater. Hi Peter. Welcome," or a foodie in which case had he lived he would've had his own program on the Food Channel, "Cooking with Clemenza." Today we'll be making marinara for 40 guys holed up in a dump with mattresses. The fat capo had an insatiable appetite and was always ready to sit down and break bread the way he could go out and break bones, all in a days work. A snack might be a plate of antipasto, caponata (Italian ratatouille, a delicious appetizer served best on crostini or crusty Italian bread), a generous helping of linguine  with clam sauce (always white) and a couple of loaves of Italian bread. With a cigar after his meal, he was set at least for a couple of hours.

A born story teller, one morning Clemenza was in the kitchen of a westside diner owned by one of his paisans preparing peppers and eggs while relaying a tale of how one night he fingered a government stoolie at Sally Tesio's while watching the fights with a bunch of gumbas. Clemenza's got a rapt audience in the guys in his crew and his friend's men. He has them all in stitches, but seems he got so carried away, he spoke his last words, "Swear to God his nuts are on fire. His nuts,"** has a heart attack and collapses onto the heated grill. Faster than you could say take the cannoli, his skin was crackling against the hot grill and his nice silk suit jacket goes up in flames. So on that crisp November morn in 1958, the last of the old Corleone capos, crispy fried Peter Clemenza, dispensed his last pearls of wisdom: "Every law has a loophole."***

Cut bread lengthwise, drizzle with a little olive oil and sprinkle some fontina cheese on both sides of the bread. Wrap in foil and stick in a 200 degree oven just to warm the bread and melt the cheese.

Cut tops off the cubanelles and slice lengthwise leaving one side connected. Wash thoroughly to get all the seeds out. You don't want the Don getting any seeds stuck in his teeth or worse choking on one. You might wind up being the first to die by having a crushed torso due to an over zealous hitman administering the 'Heimlich Maneuver!' Do the same with the bell peppers, but cut in strips.

Beat the eggs in a bowl
Salt and pepper to taste.
Add a dollop of mascarpone for extra flavor and creaminess
Heat the oil in a skillet. I always recommend a cast iron one as I mentioned in earlier postings: it's multipurpose doubling as a great weapon
Brown the peppers lightly, remove from pan and wipe off excess oil in the pan
Add the beaten eggs to the skillet
Throw in the fried peppers and scramble the eggs while cooking folding in a figure 8 motion with a spatula
Serve on heated bread and cut into sandwich size portions.
I guarantee your taste buds will be singing like a stoolie to the feds!

This just in: A stoolie has just informed me that the best peppers and eggs hero sandwich in NYC can be found right in the heart of historic Hell's Kitchen at Manganaro's Hero Boy.

Tips on Buying A Used Mattress

1939 - Leader of "Murder, Incorporated", Louis "Lepke" Buchalter, surrenders to columnist Walter Winchell who then turned him over to FBI Director J. Edgar Hoover.

All content of "Dining with the Don" except for credited photos and derivative credited works is an original work copyrighted by Mafia Cook. No portion may be copied or reprinted without permission of the author.

This is so beautiful and creative. I just love the colors and whoever gets it in the mail will be smiling. buy foam mattress

Took me time to read all the comments, but I really enjoyed the article. It proved to be Very helpful to me and I am sure to all the commenters here! It’s always nice when you can not only be informed, but also entertained! adjustable beds ratings

thanks for sharing kusursuz evlilik